ADIPEC to become an annual event 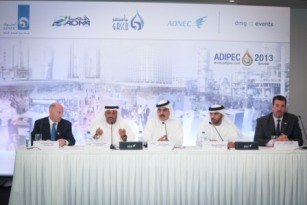 ADIPEC 2012 event chairman and ADMA-OPCO chief executive officer, Ali Al Jarwan, explained, “Over the years we have witnessed [ADIPEC] grow in stature, significance and size with every exhibition.

“The growth and demand is unabated. We continue to have a waiting list of exhibitors and require yet more space, and therefore there is a need for an annual platform.”

Additionally, the number of exhibitors has increased by 20 per cent, with 1,500 businesses and organisation expected to showcase their offerings at Abu Dhabi National Exhibition Centre (ADNEC) this November.

Speaking during the last edition of ADIPEC in 2010, event director Hifazat Ahmad said, "At the end of day three we have had more than 38,000 visitors through the doors; this is almost as many as we had during the whole event in 2008, and with many more expected on the final day.”

According to event organiser, dmg::events, ADIPEC 2013 will have a stronger focus on gas than in previous years in order to reflect the growth of gas projects across the Middle East.

Jarwan noted, “Traditionally, oil has been the main topic of conversation at ADIPEC and indeed across the region, but now there is a need to focus on the growth of gas and how it will meet our growing energy needs of the future.”