ADIPEC, the Middle East's largest oil and gas exhibition, closed with attendance figures hitting the 50,000 mark for the first time in its history 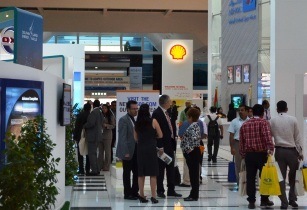 The atrium at ADIPEC 2012 featured some of the biggest names at the show, including Shell, ADNOC and Oxy.

Supported by a conference programme featuring 235 speakers, the 2012 edition of the show attracted visitors from more than 90 countries, including 13 national pavilions, who packed out the halls of Abu Dhabi National Exhibition Centre.

The show's success led the recently-appointed chairman of ADIPEC 2013, Mohammad Sahoo Al Suwaidi, to declare, “Interest in the event has filled the venue and the conference programme has never been stronger.”

Oil Review Middle East was on site for the four-day-long event and here is a selection of some of our favourite images from this year's show. 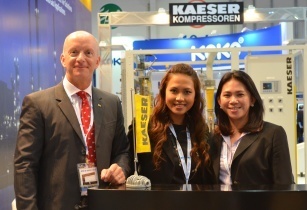 Kaeser Kompressoren general manager Carl Briden (above) with members of his team on the company's ADIPEC stand. 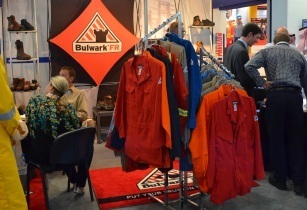 Bulwark FR (above) showcasing its flame-resistant work apparel on its stand within the US Pavilion. 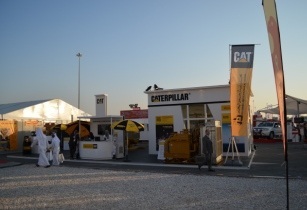 Caterpillar was among a number of big names who braved the Abu Dhabi heat to exhibit outdoors. 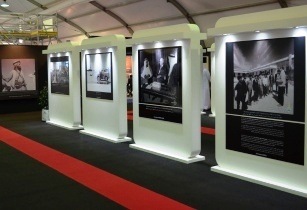 A key attraction at this year's event was the first ever oil and gas museum, which charted the growth of the UAE's oil industry since 1928. The exhibition featured a range of photographs and machinery from national and international oil company archives.

Gallery continues on the next page...